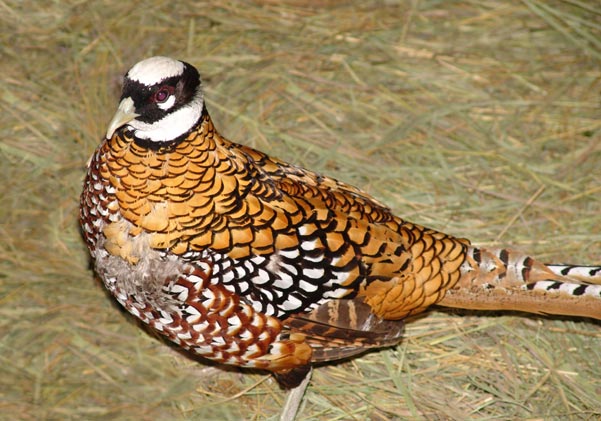 : Vulnerable due to habitat loss and hunting for food and tail feathers. There are thought to be less than 2000 birds remaining in the wild in China.

The male of this species holds the record for the longest tail of any bird with tail feathers reaching up to 8 feet long.  These birds inhabit the forested mountains of central China and are very hardy.  As in most pheasant species, the plain, mottled color of the female aids in camouflage when sitting on the nest.  This bird is named for John Reeves, a naturalist and businessman who first sent the species back to England in 1831.