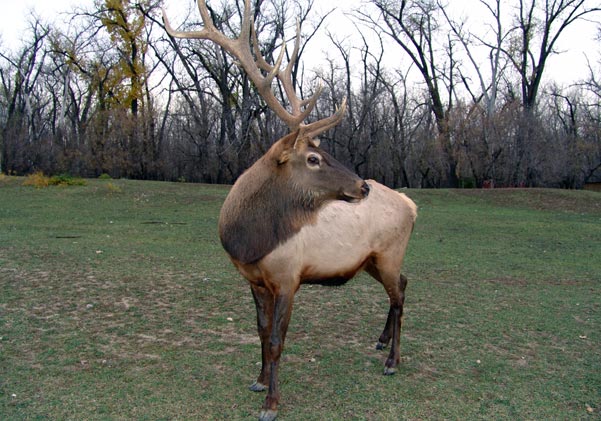 : Mountainous areas of northwest and western United States, introduced to many other areas including the Appalachians

: Common across many regions of the country in colonial days, except for desert and gulf coasts areas. Various reintroduction efforts have been conducted across North America and most have been successful. Elk have been labeled one of the worst invasive species in the wrong situation.

Also called Nelson’s Elk, this is the 2nd largest member of the deer family, Moose being the largest.  Males have antlers which are shed and re-grown each year.  Elk were deeply imbedded in Native American culture.  The Lakota gave an Elk tooth to newborn male children to promote longevity.  Teeth were the longest lasting parts to be found in aged carcasses.