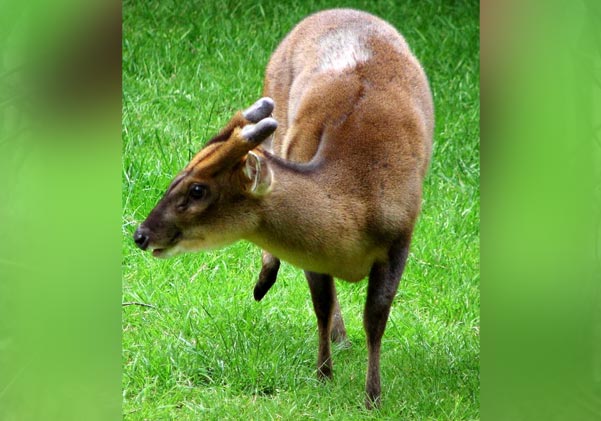 : Taiwan, Formosa and parts of China

: Grasses and other vegetation

: Common in their range and expanding in countries where they have been introduced including England and the Netherlands

This small deer is also called the barking deer due to the sound that it makes when alarmed.  While these animals are endemic to Taiwan, they were introduced in England in the 1900’s and have spread so much that they are now considered the most numerous deer in the country.  Newborn muntjac fawns are spotted like other deer, with the young losing the spots by six months of age.