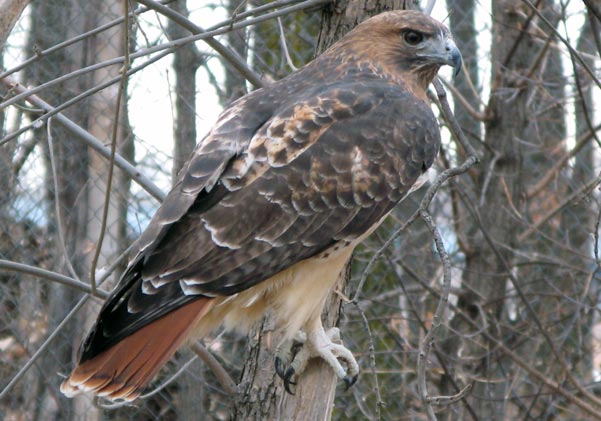 : Found throughout the North American continent, except in heavy forests and the arctic

: One of the most common hawks in North America and, like all hawks, protected by the Migratory Bird Act

Also sometimes called “chicken hawk” due to the mistaken belief that they regularly hunt chickens, there are at least 14 recognized subspecies.  Redtail Hawks soar much of the time but when hunting can reach speeds of up to 120 mph in a dive.  This hawk is successful in large part because it tolerates a wide range of habitats and altitudes, including deserts, grasslands, forests, some tropical rain forests, agricultural fields and urban areas.