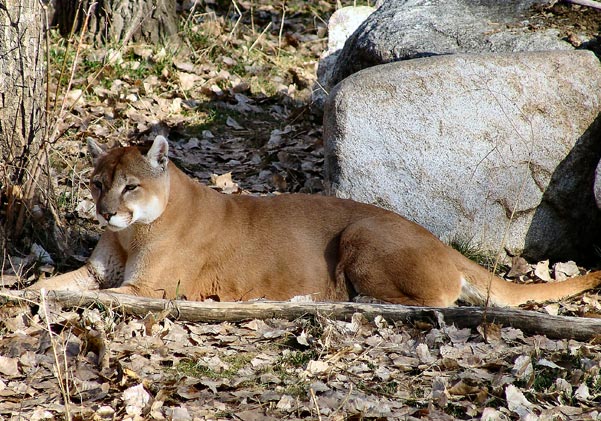 : Northern Canada south to the Andes of South America

: Deer, Bighorn Sheep and smaller prey including rodents and insects

: Extirpated in most of the eastern United States until recently, this animal appears to be making a comeback in many areas. In North Dakota, an established breeding population is present.

Also called the panther, painter, mountain lion and cougar, this is the world’s 4th largest cat in the world behind the Tiger, Lion and Jaguar.  Wolves and Puma are considered natural enemies and generally avoid each other.  When they do meet, the solitary larger cat is generally turned away by the pack of wolves.  The badlands of North Dakota have all of the ingredients for a healthy population of these cats.