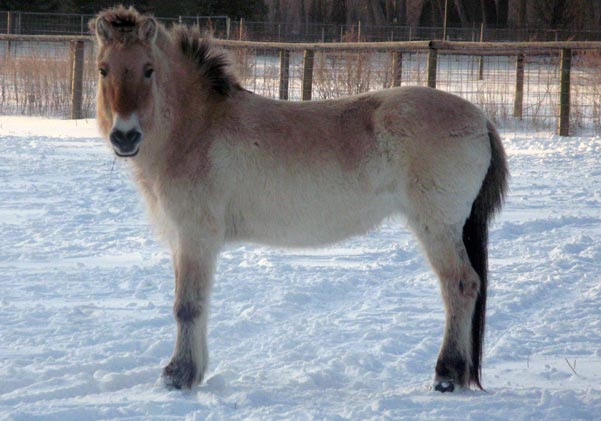 : Extinct in the wild in 1969, a captive population thrived in some of the world’s zoos and reintroductions back into the wild in Mongolia have been successful. They are now considered endangered in the wild and efforts continue through Species Survival Plans to ensure the survival of this unique species.

Also called the Mongolian Wild Horse, this is the last remaining truly wild horse in the world.  Unlike feral horses such as the mustang in the United States, these horses have never been domesticated .  This horse gets its name from  Russian General Nikolai Przhevalsky who searched for and observed the horse in 1881 after hearing rumors of its existence. "Przewalski" is the Polish spelling of his name.