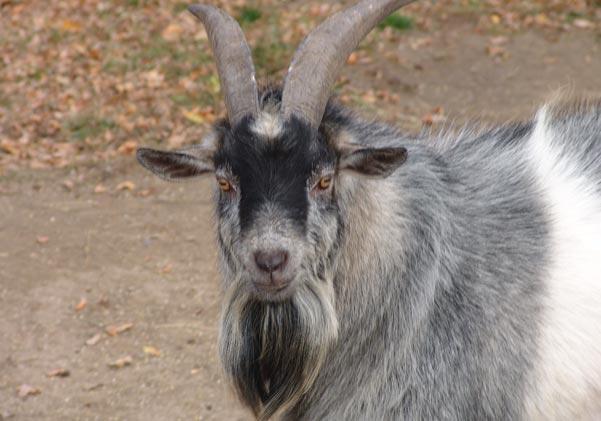 : Almost anything in the botanical world

: Goats are almost worldwide in distribution and seem to have originated from the wild goat of southwest Asia and Eastern Europe

Goats were first domesticated about 10,000 years ago and are used for milk, food and fur and are also popular as pets.  Before the invention of the printing press, goat hide was the standard material for parchment.  Goats have horizontal slit-shaped pupils, an adaptation which increases peripheral depth perception.   Goats can be similar to certain types of sheep but the tail can help solve identification problems.  The tail of the goat is generally short and points up, while sheep tails are longer and point down.