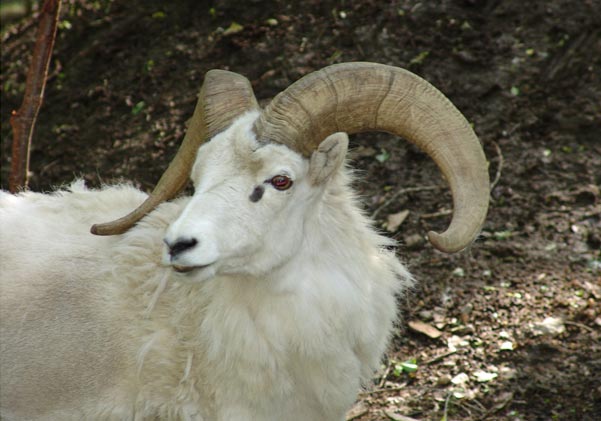 : mountain ranges of Alaska, the Yukon Territory, the Mackenzie Mountains in the western Northwest Territories, and northern British Columbia

: Thanks to their typically remote habitat and controlled hunting, dall sheep numbers have generally remained stable in most areas where they are found

This wild sheep is also called thinhorn sheep due to the ram’s comparatively thinner horns when compared to the Bighorn Sheep. These sheep are quite agile and are at home on steep slopes that allow them to escape from predators that aren’t as adept at traveling over rocky terrain.  Their primary predators are wolves, coyotes, black bears, and grizzly bears.   Studies have shown that golden eagles take a number of lambs each spring.