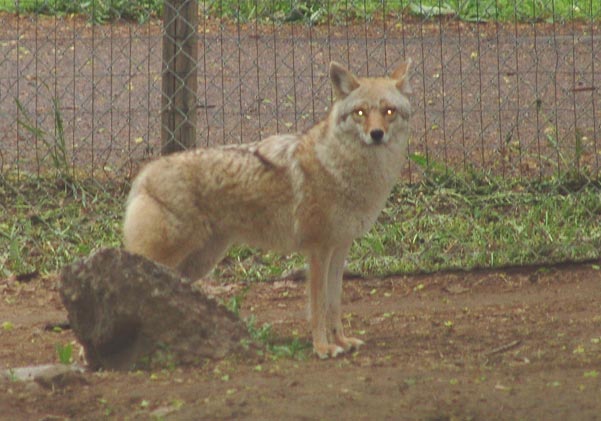 : Primarily small mammals such as rabbits, mice and ground squirrels but will also eat snakes, insects and birds.

: Weight 15 to 46 pounds depending upon subspecies. There are at least 19 recognized.

: Common and widespread due to their extraordinary adaptability.

Despite being extensively hunted, the coyote has enlarged its range since humans expanded into their habitat.  This is due in large part to its ability to adapt to whatever food and habitat are available. “The barking dog or prairie wolf” other names for this canine, ranged primarily in the western half of North America, but it has been steadily extending its range and is now observed in areas once only occupied by wolves.