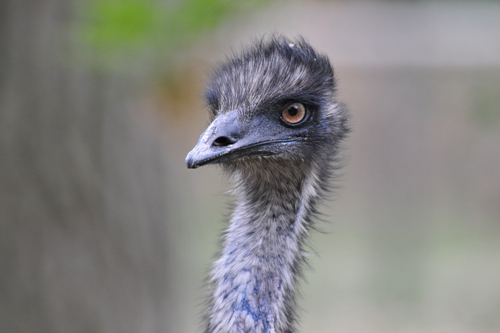 : Formally protected in Australia under the Environment Protection and Biodiversity Conservation Act 1999. Overall, numbers appear to be higher than before Australia was colonized by European settlers. Some local populations are in danger of becoming extinct due to predators eating eggs, vehicle collisions and habitat loss.

This is the largest bird in Australia and the second tallest bird in the world, after the ostrich.    Flightless birds are also known as ratites.  This word comes from the Latin ratis, which means “a boat without a keel.”  This refers to the fact that the breastbone of these birds lacks a keel, which in flying birds the flight muscles are attached to. A unique feature of the Emu feather is its double rachis emerging from a single shaft, giving this flightless bird a very soft feel.