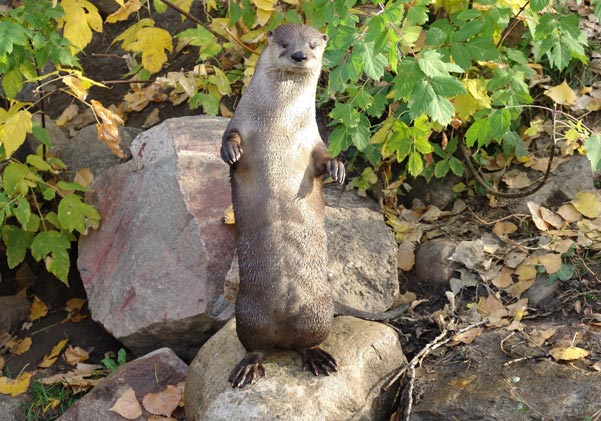 : Alaska and most of Canada, the Pacific Northwest, the Great Lakes and most states along the Atlantic Coast and Gulf of Mexico.

: Once very common in most of their range, they have disappeared in many areas. Many states are reintroducing animals back into the wild and they are making a comeback.

”Nature’s clown,” as it is sometimes called, can be observed sliding, swimming, jumping and playing with other otters.  Once common in many waterways in North Dakota, they were wiped in the early years of the fur trade.  Recent observations have confirmed that they are making a comeback in the state.  Like other members of the weasel family, otters are very active and can be aggressive hunters.