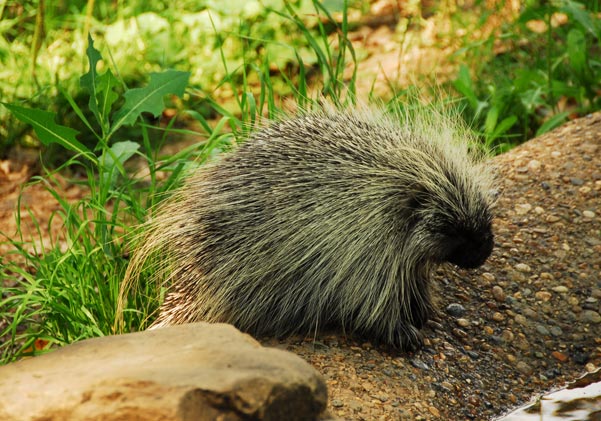 : Canada, Alaska and much of the northern and western United States, can also be found as far south as northern Mexico.

: Quite common in most of its range. Can be detrimental to nurseries but is selective in the trees that it eats and generally doesn’t pose a threat to natural forest areas.

At birth, Porcupine quills are soft but quickly harden so that their greatest defense mechanism is present even for a newborn.  These large rodents can’t shoot their quills but, like hair on other mammals, some of the quills shed and may fly off when the animal is threatened and moves quickly.  These nearsighted animals are sometimes considered dumb, but studies have shown that they can memorize intricate trails to good food sources.