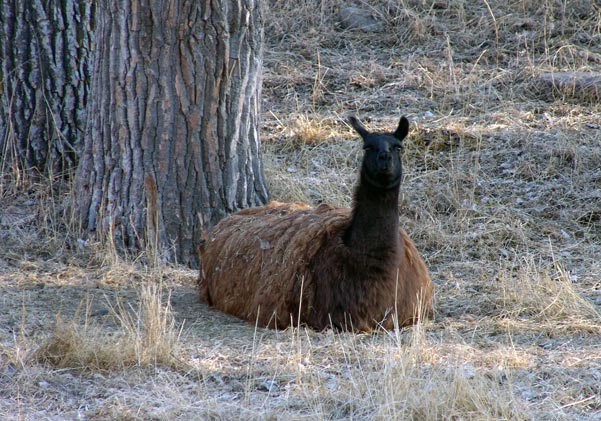 : Recent estimates place the number of llamas in South and Central America at over 7 million. An estimated 100,000 animals are present in the United States. The guanaco and vicuna are wild relatives of the llama and the alpaca is a domesticated cousin.

Fossil records show that the llama originated and thrived in North America, particularly in the Rocky Mountains.  They then apparently migrated to their current habitat due to the last ice age.  Well suited for life at high altitudes, these animals have more red blood cells per unit volume of blood than any other mammal, making them able to function normally at heights that other animals suffer at.  Llamas have been domesticated and are used for wool, meat and milk.