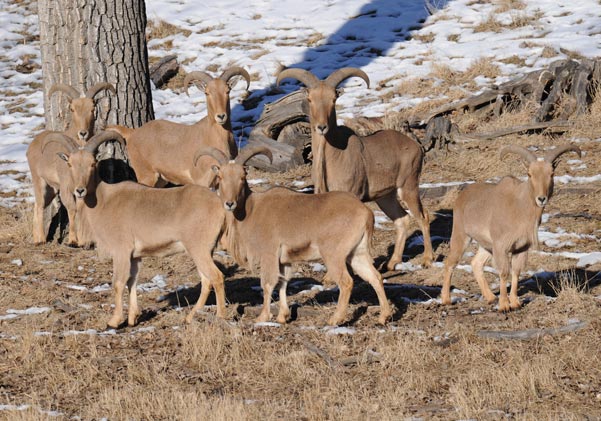 : Considered vulnerable in its native habitats, have done remarkably well in areas where they have been introduced including Texas, New Mexico, California, Spain and the Canary Islands

Also called barbary sheep, the males and females are very similar in appearance.  Males are somewhat larger and have thicker horns.  In northern Africa, their main predators are leopards and caracals.  Aoudad have proven to be very efficient at establishing themselves into new habitats, which can be a detriment to plant and mammal populations where land space is limited, such as island habitats.  Acclimated to dry desert life, these animals can obtain all of the moisture they need from plants.