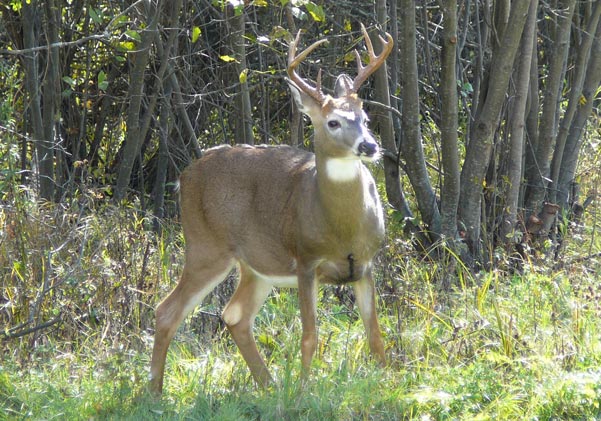 : Populations are generally controlled in most areas by controlled hunting. Has been introduced in such places as the Czech Republic and Finland, where they have thrived.

This common deer is named for the flash of white on the tail that is shown when alarmed and running away.  Antlers on the male grow from a main beam, differing from the Mule Deer which fork. Around 1930, whitetail deer were thought to number around 30,000 in North America.  Due to management including controlled hunting, the numbers have rebounded to nearly 30 million.  Bucks shed their antlers each winter, growing a new set each spring.