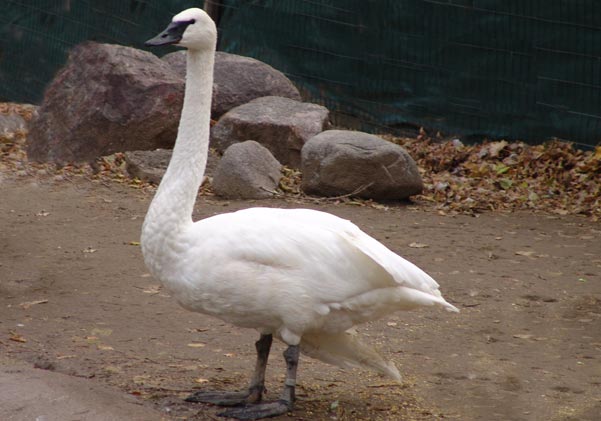 : Once numerous across central and western United States, they were heavily hunted in the late 1800’s and early 1900’s. Efforts to reintroduce birds to areas where they were previously located have had limited success due to the lack of migration patterns present in the reintroduced birds.

This giant is the largest bird in North America and the overall largest waterfowl in the world.  This bird can be distinguished from its smaller relative the Whistling Swan by its considerably larger size and the lack of yellow lores at the base of the beak.   Like all swans, adults go through a summer moult when they temporarily lose their flight feathers.  In females, this happens shortly after the young hatch.  In males, when the females have regained their ability to fly.