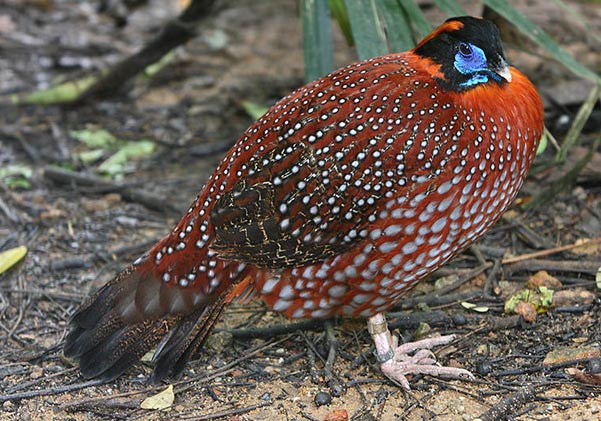 : Though this bird is not currently threatened in the wild, continued habitat loss could soon add it to the list of threatened or endangered species of pheasants

This colorful bird is considered by some to be the most beautiful species of pheasant in the world.  It gets the genus name of tragopan from the Greek which refers to the two fleshy horns on the male bird’s head. This particular species is named after Dutch ornithologist Coenraad Jacob Temminck.