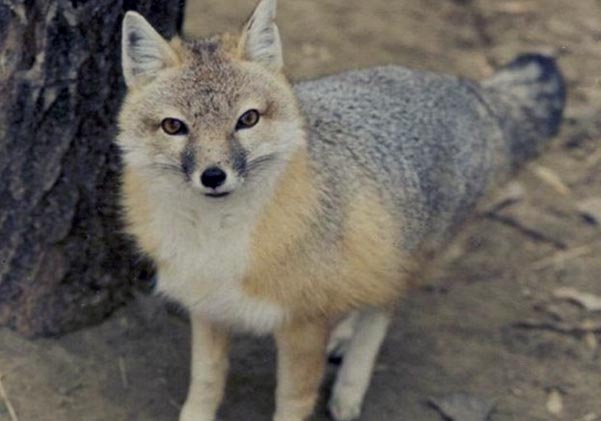 : Once very common in most of their range, numbers were reduced by poison intended for prairie dogs. In Canada, a reintroduction program has been successful. Reintroduction efforts have also been conducted in parts of the U.S.

Though this animal is similar in color to the coyote, the two species do not get along.  Coyotes will prey on these small foxes and have helped make them rare in many parts of their former range.  Unlike other canids, females of this species maintain territories, with the males moving to new locations if females perish.  The Dakota Zoo has assisted with breeding and reintroduction efforts in Canada and parts of the U.S.