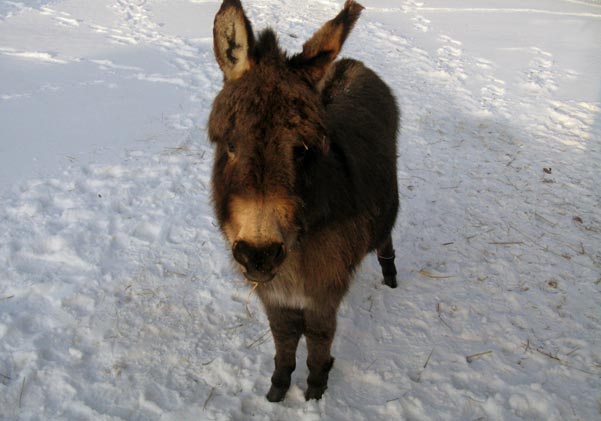 : Mediterranean islands of Sicily and Sardinia

: While these animals are quite common in the United States, they are extremely rare in their native lands, even being on the verge of becoming extinct.

These small donkeys are defined as being less than 36” tall at the withers.  Known for their longevity, donkeys can live into their 30’s, with one record of a miniature living 47 years.  In the United States, these animals are generally kept on hobby farms.  Some donkeys are used as “watch donkeys” to protect sheep and goats from coyotes and foxes, due to the fact that many donkeys naturally dislike dogs and their relatives.