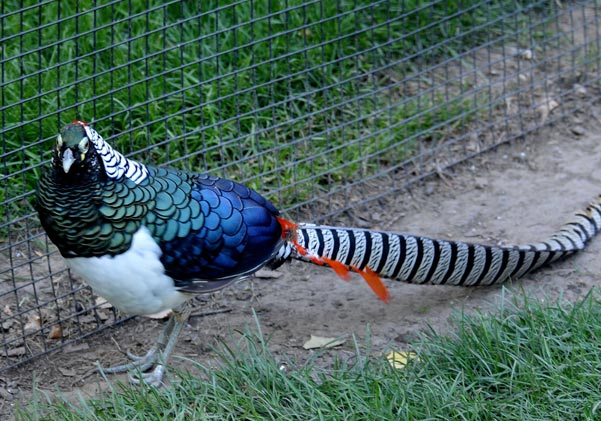 : Apparently widespread throughout its natural range but seldom seen in the wild due to its extremely secretive nature

The male of the species has beautifully colored feathers on its head and neck which it uses to attract a female in an elaborate mating dance.  The female is quite plain and blends in well with her surrounding habitat.  This bird gets its name from Sarah Countess Amherst, wife of the Governor General of Bengal, who was responsible for sending the first specimen of the bird to London in 1828.