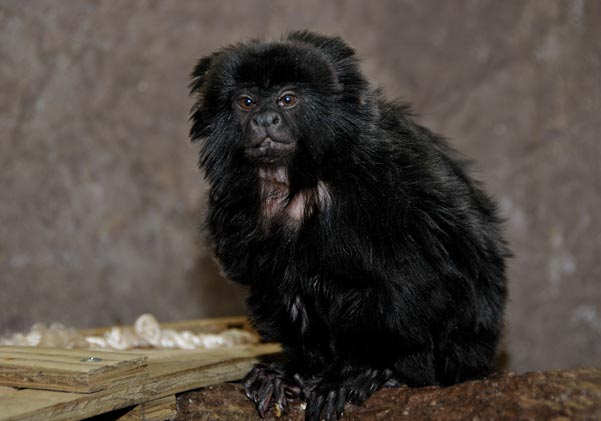 : Due to their dark color and remote location of habitat, these were one of the last primates to be discovered. Like virtually all primates, loss of habitat is the number one reason for their vulnerability in the wild.

This small monkey was first described in 1904, making it one of the last of the primate species to be discovered by scientists.  Though similar in appearance to marmosets and tamarins, this monkey is in a class all by itself. It gives birth to just one offspring instead of two and it possesses a third set of molars instead of the two that marmosets and tamarins have.  Though the same size as a tamarin, its skull shape and teeth are similar to the larger capuchin monkey.