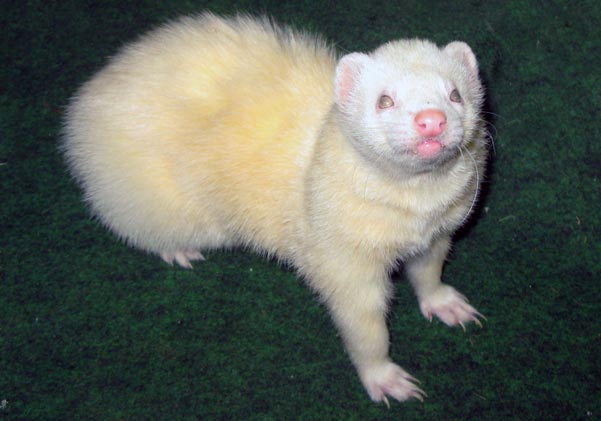 : Worldwide as pets, introduced in some areas for pest control

: Ferrets are numerous in the United States where it is estimated that over one million are kept as pets. These animals have been introduced in Australia, England and other countries as pest control for rabbits, rats and other rodents. This practice sometimes proves disastrous for wild populations of birds and small mammals once the target prey is gone.

These small relatives of the weasel have been domesticated for over 2500 years and were probably first used my man to hunt rabbits.  Ferrets are most active at dawn and dusk.  They sleep about 16 hours per day.    When ferrets are excited, they sometimes perform a dance commonly referred to as the weasel war dance, a hysterical series of sideways hops.  Ferrets are sometimes used as electrician’s helpers by pulling wires through large conduits.