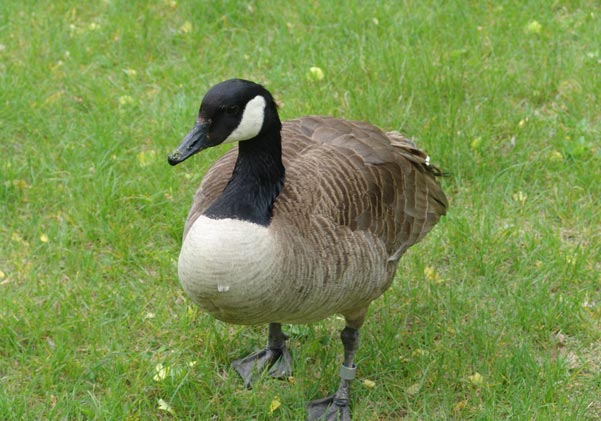 : Over-hunting and habitat loss caused numbers to decline in the late 1800’s and early 1900’s. The Giant Canada Goose was thought to be extinct until a small flock was found in Minnesota in 1962. Overall, numbers are now on the rebound.

These well-known birds were first introduced in England in the late 17th century as an addition to King James II waterfowl collection.  Known for their v-shaped migrations, birds found in milder climates such as the Pacific Northwest do not migrate.  Chicks become fledglings at between six and nine weeks of age and learn to fly a few weeks later.  They remain with their parents for about one year.  The genus name branta refers to “black geese.”