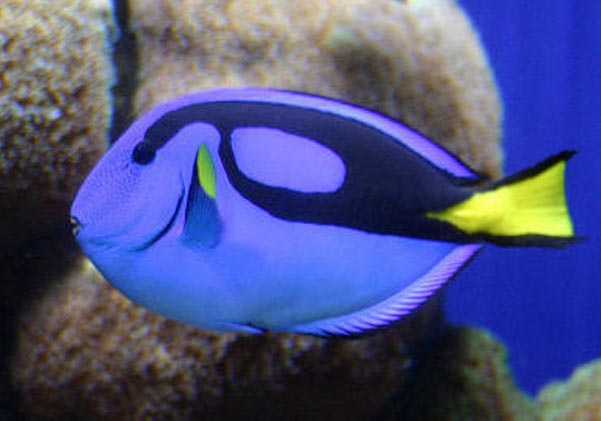 : The regal Blue Tang is often found in coastal reefs throughout the Indo-Pacific extending into parts of the Indian Ocean.

: A zoo plankton eater and also eats some algae.

: Peaceful, gets aggressive towards its own species.

The blue tang is an egg scatter, meaning the female releases the eggs into the ocean currents and lets them hopefully hatch and survive into adult blue tangs.