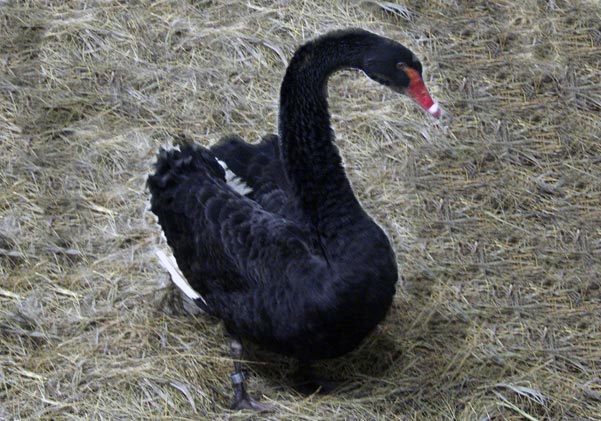 : Common all across its range, it has been introduced to New Zealand and western Europe including Britain. This bird is protected under the Australian National Parks and Wildlife Act of 1974.

Male swans are called cobs and females are known as pens.  Young birds are referred to as cygnets.  The current global population is thought to number around 500,000 birds.  Like many other waterfowl species, these swans loose all of their flight feathers at once during molt and are unable to fly for up to one month.  During this vulnerable time they usually find safety in large bodies of water where predators can’t reach them.  Black swans mate for life and both parents care for the young.