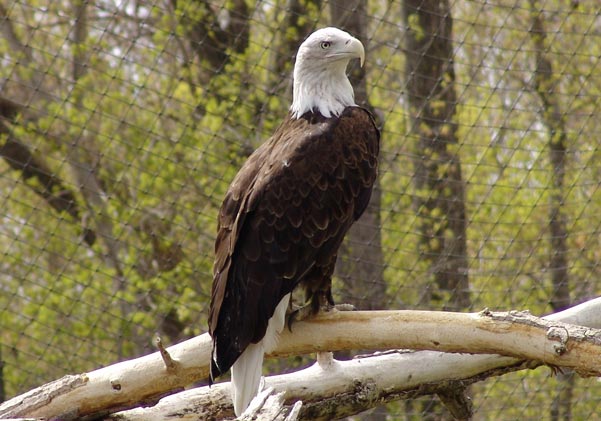 : Rare, along shores and waterways from Alaska and Canada to Mexico

: Overall, the population is making a remarkable recovery across much of North America. The ban on DDT has played a key role in allowing eggs to be of sufficient strength to withstand the weight of the adult bird during incubation.

Adult birds are readily identified by their white “bald” head and tail feathers.  Immature bald eagles have dark heads and neck and do not develop adult plumage until the age of three.  Pesticides like D.D.T., which tended to seep into rivers and became concentrated in fish tissues which eagles in turn ate, caused their eggshells to be too thin. They literally smashed their own eggs when they attempted to incubate them.