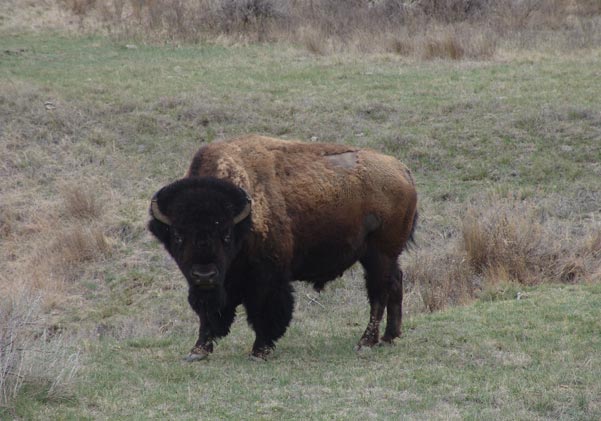 : Thriving in some National Parks, protected areas and private facilities in the United States

Bison once numbered in the millions across the Great Plains.    By the early 1800’s when Lewis and Clark passed through North Dakota, their numbers were rapidly dwindling.  Bison can live up to 35 years and are well-suited for life on the prairie.  Sometimes called “buffalo,” they are a separate species from the Asian Water Buffalo and African Cape Buffalo that the name buffalo correctly refers to.